Dalyce Emmerson is one of the most prolific basketball players Prince Albert has produced. She was a multi-sport athlete who excelled in soccer, volleyball and basketball.

She was a member of the Prince Albert Celtic Provincial Champion teams in 2005 and 2006 and competed at soccer club nationals both years. Emmerson also represented Saskatchewan as a member of provincial volleyball teams from 2007 until 2010 and competed at national and international competitions each of those years. This versatile athlete was recruited for volleyball by multiple Canadian and American universities, but ultimately chose to play basketball at the University of Saskatchewan.

Emmerson was recognized throughout her career with several Canadian Interuniversity Sport (CIS), Canada West and University of Saskatchewan awards. She was a Rookie All-Canadian, the Canada West Rookie of the Year and the U of S Rookie of the Year (for all sports) in 2011-12. She earned the Defensive and Most Outstanding Player Award for Canada West and was a CIS All-Canadian and Defensive All-Canadian in 2013-14. In 2013-14 she was also recognized as the University of Saskatchewan Female Athlete of the Year. She was a First or Second Team Canada West All-Star in each of her five years. During her career she had 43 games scoring double digit points and double digit rebounds, 3rd all-time in Canada West history.

The final year of Dalyce Emmerson’s career, 2015-16, ended with the Huskies winning the elusive Bronze Baby trophy as National Champions. At the Nationals in Fredericton, Emmerson was named a tournament All-Star and the Most Valuable Player. She finished her distinguished career named as the University of Saskatchewan’s All-Around Female Athlete of the Year in 2015-16.
In 2013 Emmerson wore the Red and White of Team Canada as a member of the National Developmental Team at the Universiade Games in Kazan, Russia.

After graduating from the U of S with her Kinesiology degree and from Saskatchewan Polytechnic as a dental hygienist, Emmerson returned to Prince Albert. She immediately started giving back as an assistant coach with the Carlton basketball team and with the Prince Albert Optimist Toppers Volleyball Club. 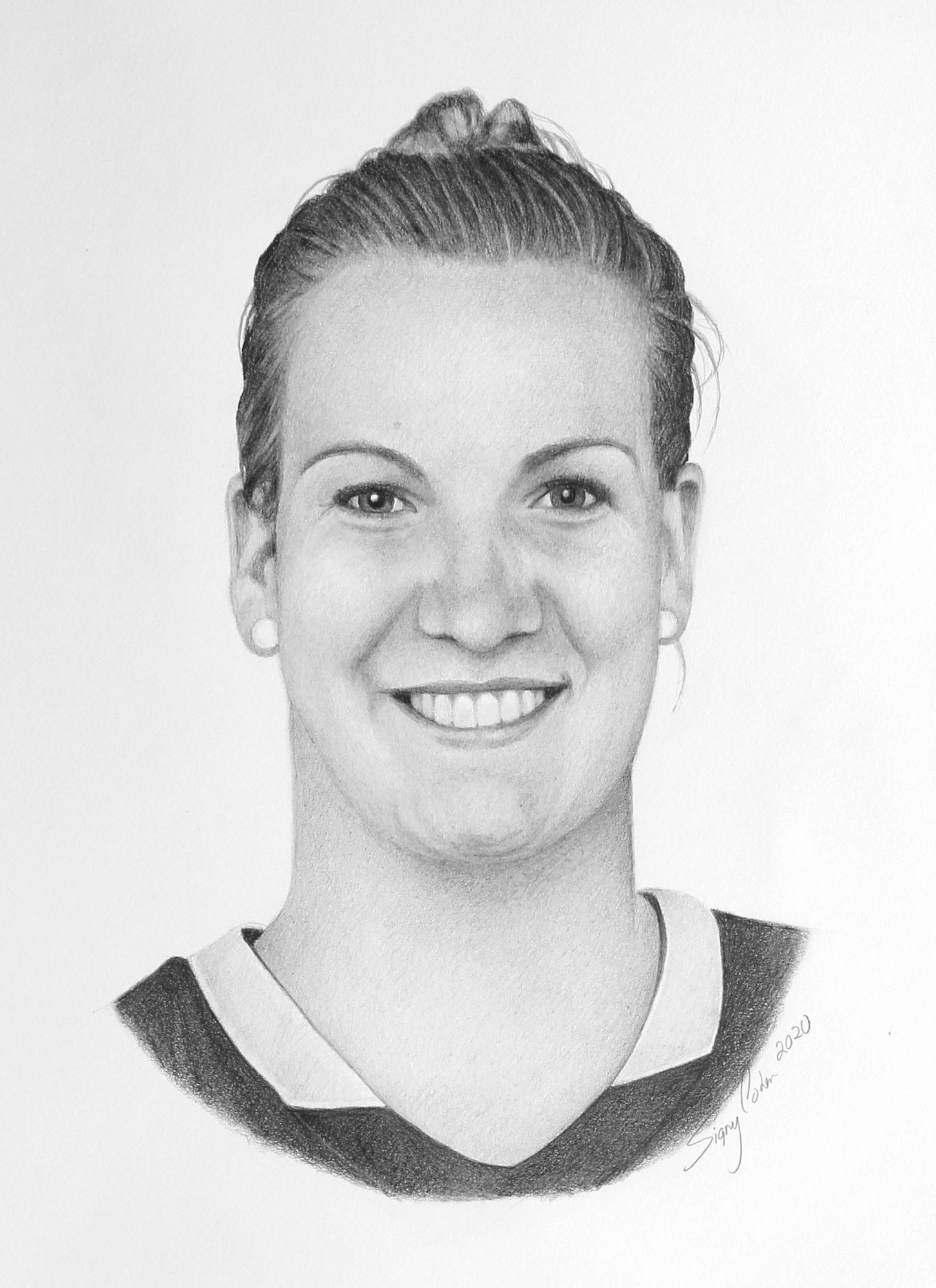