They were only together one season, but it was a season to remember as the Prince Albert Blue Jays Ladies Softball team made history in 1950. They become the first Prince Albert team to bring home the Ladies Senior B Provincial title.

Lead by their manager/ coach Arnold Barsky and coach Sam Tadman, the Blue Jays took their step to provincials by winning the city championship.

Then it was on to the Northern Saskatchewan play downs and a best of five series with Borderick. Broderick started off strong winning the first game against the host P.A. side. The Blue Jays battled back, taking the next three games including two straight in Boderick.

They then moved on to the Northern Saskatchewan finals easily defeating the Meadow Lake Stampeders in a best of three series outscoring their opponents 31-9 total in two games.

That set up a showdown with the Estevan Imps in a best of five series for Provincial honours. After a slow start in the first game, the Blue Jays lost 8-1. They turned it around in the second game with a 18 inning thriller, coming out on top 3-2. Terry Bremner was the pitcher of record in the first two games for the Jays.

After the marathon Game 2, the Blue Jays never looked back taking the next two games against Estevan by scores of 3-1 and 501 led by the pitching of Lou Logan in both becoming the first team from Prince Albert to win a Saskatchewan Ladies Senior B Softball title. 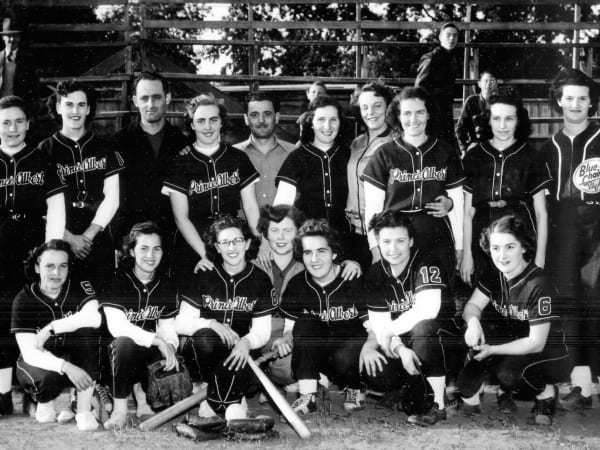